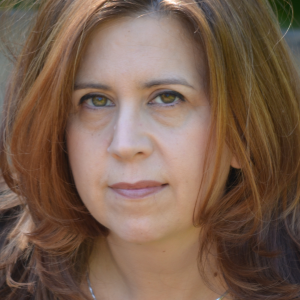 This article is the third of a series in which Red and Blue members of Braver Angels discuss selected submissions from our Songwriting Contest together (the first is here. The second is here.)

While Braver Angels is attracting thousands of people to thoughtful dialogue through its online debates, its songwriting contest is taking our conversation to another level, touching hearts in a way only music can.

My “Red” friend Mike and I picked 5 song entries that we found particularly striking in their wisdom, grace, and musicianship. In this article, I’ll share my “Blue” account of our conversation.

“Stronger (We the People)” by Catherine Miles and Jay Mafale

Mike began our conversation, stating: “They are very direct about what they are doing.”  I also found “direct” to be an apt description. Catherine has a warm presence and a conversational approach. She comes across as gracious and friendly. The tune is light and catchy.

The song drew us both in by describing what the pundits are saying on “blah-blah.FM” and how people on the radio are using “us/them” language. As a Braver Angels member dedicated to depolarization, I found the opening relatable. I could say, “Yes, that’s right, Catherine, that’s terrible, you tell ‘em.”

Conversely, I also noted how her looking directly at the camera came off to me as a warning about my own tendency towards polarization. It gave her friendly authority, like a wise sister, or a beloved, stern teacher, saying “Pay attention.”

Mike replied that he loved “the encouragement to be stronger, and that it’s we the people, not us and them… It is very neutral, politically. It could bring down the anger.”

Overall, we both appreciated how Catherine and Jay invited us to acknowledge our shared humanity and rise above division.

“Say a Prayer for Me” by David Martin, performed by David Dalferes

Both Mike and I liked how David drew us in with the line “I am a Union soldier,” as he identifies with a wide variety of people who have suffered great harm in our nation’s history and today. Then, in the chorus, he brings the focus to one figure– the football player kneeling during the national anthem. “Please remember,” he sings to the kneeler. “Say a prayer for me.”

“It’s a raw issue, whether somebody should kneel,” said Mike, “and it’s offensive if somebody thinks there’s no way you should be kneeling. The way it’s in the song, I’m not sure it will have a unifying effect. I can see people having a negative reaction.”

I wondered whether the song could be making a subtle criticism of kneeling. If so, I see this being made in a Braver Angels way, reaching out to the kneeler to make a peaceful, personal connection. I also thought of it as inviting the kneeler to call for justice for a whole world of suffering.

Both of us appreciated David’s Texas down-home vocals and finger picking, which created a heart-softening environment for us to remember people across the years: from Native Americans, to those who died in wars, to disadvantaged people who are in prison. “It’s a totally heartfelt thing,” said Mike. “I think it’s beautiful.”

I had strong feelings for this song immediately. I told Mike, “You’re going to like it, or not—I love it.” When I first started listening, I was curious (wow, metal, really?) and then I wondered, is it just an angry song? But by the end, I was all in.  As I played it for my husband and then again for the whole family, the energy in the house rose to a fit of laughing and head-banging.

Why? I think it’s the brilliant way it unfolds. First, there’s a statement about polarization. Then, a declaration that it’s all the fault of “the other side,” followed by an exhortation: “Don’t watch any news from the other side… Don’t make any friends from the other side…” Once he starts in on “But our side is fine, it never has sinned,” it’s a slam-dunk. The captions and emojis punch up the satire.

Mike liked it, too, even though he is not usually a metal fan. “It was done well for the style,” he said. “He’s being facetious, pointing out the silliness of tribalism.”

However, we had different views on whether the song went far enough. I saw it as one piece of an important conversation about polarization. Mike wanted more. “Where I wanted something else was encouragement towards something better,” he said, “offering how to bridge the divide in any way.”

Still, Mike acknowledged that the song is effective. “It’s taking aim at our tendency to demonize the other side and make ourselves perfect angels.”

“The Quiet Voice” by Alex Wong and Elise Hayes

The Braver Angels Music Team noted how this song contrasts with “Idea Virus”—focusing on the “quiet voice” that Idea Virus’ loud, metal, demonizing voice drowns out. Mike and I therefore thought we’d put them side by side. Are they opposites? Not in my opinion. “The Quiet Voice” is a companion song, sitting gently with the listener to offer reassurance and encouragement in the face of the shouting: “Darling you still have a choice– Listen to the quiet voice.”

“I like the song for an individual more than a societal problem,” Mike commented. He appreciated the question being addressed: “How do you handle those people saying awful things to you?” The song speaks with compassion to someone who is hurting.

“Just ‘cause they shout it, it doesn’t make it true

‘Cause everyone gets the loudest when they’re about to lose.”

At this part of our conversation, Mike and I unintentionally gravitated to opposite political perspectives when we got specific about who’s shouting.  I identified the extreme right, while in the same moment Mike called out the extreme left, both of us unintentionally proving that, well, there is a lot of shouting going on. It made us wonder: how does a quiet voice “drown out all the noise?”  Is there one authoritative quiet voice, or is it up to each one of us to discern it? What is that quiet voice for you? Is it Love? God? Conscience? Wisdom? Or something else?

Mike was all over this: “WOW! What an incredible song! She touches on the problems, perfectly expresses the solution, offers some of the ‘how,’ tells us what happens when we live in fear of each other, and beautifully emphasizes the hopeful outcome.”

I appreciated how, when so many people are condemning each other and expressing distaste for politics, this song offers such gracious encouragement. The heartfelt longing for unity comes through strongly in the phrase “We need it, we need it.”

Mike also loved “her weaving in ‘we hold these truths to be self-evident’ and ‘I have a dream,’ something from our founding and something from Dr. King. It builds to such a great message.” He found that the clear, beautifully crafted performance encapsulated the spirit of Braver Angels.

We were so impressed that even before our conversation, each of us was independently moved to ask professional musicians we knew if they would add this song to their repertoires!

Thanks to all the Braver Angels songwriters who’ve sent us submissions! Sharing your political and musical ideas takes courage, and we’re grateful you’ve given us the chance to hear your voices. The judging is drawing near to completion, but the sharing of songs has just begun.

If you are a musician and want to join the Braver Angels musical family, contact Cameron Swallow at cameron.swallow@gmail.com.