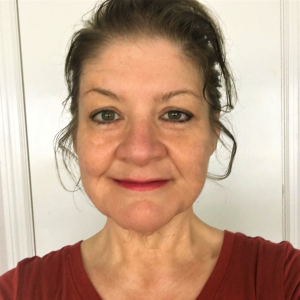 In early February, Braver Angels president David Blankenhorn was delighted to received word that the organization was selected for the 2020 Warren Knight Distinguished Service Award, an annual award bestowed each year by the JAMS Foundation to organizations or individuals exhibiting a notable commitment to the prevention and resolution of conflicts. Accompanying the award was a $25,000 grant.

The JAMS Foundation is the 18-year-old philanthropic arm of JAMS (formerly Judicial Arbitration and Mediation Services), which provides alternative dispute resolution by 400 former judges and attorneys across the U.S. and the world. JAMS was founded in 1979 by the Hon. H. Warren Knight, who had just retired. During his time on the bench, Judge Knight observed a need for a new way to approach legal and business disputes. He created a company offering mediation services as an alternative to court proceedings. Now household words, mediation and arbitration were fledgling concepts in the 1970s, and Knight was a pioneer in the field.

David Brandon, Director of The JAMS Foundation, says that the selection of Braver Angels for the 2020 award continues a lineage over the last few years of recipients chosen for efforts to address social and political division in this country. According to Brandon, while the foundation’s priorities have shifted over the dozen years it has presented this award, their recent imperative has been to recognize work bringing Americans with sharply divergent views together to engage within structures that foster respect, trust-building, and the discovery of common ground.

In April, I had a chance to ask Mr. Brandon more about the JAMS Foundation’s perspective on social conflict resolution, to learn about what led to Braver Angels’ selection for this year’s Warren Knight Distinguished Service Award, and to talk about the vision our two organizations share for a better society. I found Brandon extraordinarily thoughtful about the problem of political polarization in the U.S. He was articulate about the threat it poses to the republic, and the importance— and promise— of organized efforts to reduce and reverse the damage caused by this rancor in our public discourse.

It is a point of pride for the Foundation that they are funded in whole by the contributions of JAMS’ own executives, associates, and resolution professionals. This no-strings support allows them to search for award candidates near and far without constraint. And in 2020, backing for the selection of Braver Angels came from near and far. Brandon shared with me the story of how, while consideration of Braver Angels as a recipient for the year’s award was underway in the Foundation’s California offices, the final selection was made because of a conversation occurring on a mountain trail over 6000 miles away in South America.

Each fall, the JAMS Foundation Board begins discussions on whom to recognize and settles on a recipient during the first quarter of the following year. According to Brandon, media coverage of Braver Angels’ goals and activities had “captured the imagination” of the board by late 2019. They were looking for organizations demonstrating the ability to observe the “damage to our social fabric (caused by) the degree of polarization and (the way that) the structures of our media and communication are fostering and exacerbating it.” Good candidates would reflect an understanding that our country’s “communication has broken down, trust has broken down, and there is even a different language being developed on either side of the fence (and that) there is no crossing over.” The board was looking at groups that were “in different ways, at different entry points, really trying to tackle that rending of the social fabric and see what elements might help weave it back together.”

They were intrigued by the methodologies used by Braver Angels to convene respectful conversations between opposing sides, each entrenched in their own views about “genuinely critical yet intractable social issues.” The Board saw Braver Angels as a group that “recognizes that yes, these are social problems, but they are broad social problems, and some elements of them are explicitly political.” There was a feeling that this expressly political approach is an important part of “trying to restore the damage done to our social welfare, our social cohesion, and see whether there can be a healing that is fruitful.”

While this deliberation about Braver Angels was taking place in early 2020, Jay Folberg, Chairman of the JAMS Foundation Board, and his wife, Diana Taylor, set out on a trip to South America, in the company of their friends Shari Malone and Bob Kozma, who happened to be members of Braver Angels. Malone and Kozma had participated in their third Braver Angels workshop just before heading off to Chile. Malone describes it as serendipity that they shared their experiences about Braver Angels’ work as Folberg was considering possible recipients for the award. Hiking the high back trails of the Pumalin National Park in Patagonia, Chile, the Folbergs’ travel mates brought up the subject of Braver Angels, enthusiastically describing the organization’s principles and programming. According to Malone, after what she and her husband had to say, Folberg “did his research and was convinced that Braver Angels truly exemplified an extraordinary organization, building bridges of understanding through their collaborative forms of dispute resolution.” She was happy to hear later about the impact of her husband’s and her descriptions of the workshops. The conversation and research made an impression on Mr. Folberg. Upon his return to the States in February, he shared what he’d learned with fellow board members, and they finalized their selection of Braver Angels for this year’s Warren Knight Distinguished Service award.

David Brandon describes the JAMS panel of neutrals as running the spectrum of political orientation and covering a range of pragmatic-to-philosophical approaches to their work. But listening to him describe the company, what comes through is also a cohesive culture, guided by a strong desire to make a positive contribution to society, to “give back” from their success in meaningful ways, and (as may be obvious from their chosen line of work) operate from a shared belief that even those with seemingly immutable, opposing convictions on what is right can arrive at a place where, without surrendering their personal interests, they can collaborate towards mutual interests.

Pondering Brandon’s own placement on the continuum of transactional-to-passionate approaches to conflict resolution, I saw him display a devotion, from early in our conversation on, to the principle itself. He depicted commonalities between his beliefs, the JAMS business model, and the mission of the Braver Angels movement– a commitment to building bridges, to providing societal leadership in both values and practices around constructive engagement across differences.

Brandon observed that at times it does seem the country has “stopped even trying for civility…for understanding that you don’t have to sacrifice your values to engage in conversation…that it doesn’t have to descend into vitriol or violence or bombings or domestic terrorism.” I shared his concern about whether even the trying is there, and confessed that watching our nation respond to the Covid-19 crisis, while I see it renewing for some a sense of shared humanity, I also see it exposing rifts even deeper than we may have suspected were there. I asked him if the latter ever left him discouraged.

Brandon did not pause. “I don’t think you do the kind of work we do without ultimately coming down on the side of hope. And I don’t think of that hope as naivete. I think it is an essential and profound counterpoint to force (polarization) in the other direction.”

I left our conversation reflecting that hope is not a passive emotion but a choice, and a foundation for action. Along with the honor and recognition bestowed by the Warren Knight Distinguished Service Award, and the practical support of the accompanying grant, The JAMS Foundation, through Director Brandon’s shared thinking, also gifted Braver Angels with some kernels of wisdom and inspiration.