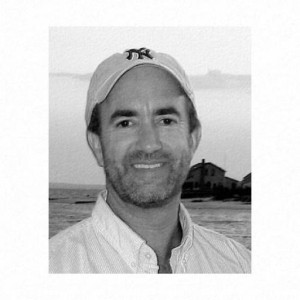 Red or Blue? Liberal or Conservative? The Pitfalls of Labels

Our political divide between red and blue, left and right, is often characterized in the media as an ideological conflict between liberalism and conservatism. Yet the meanings of these ideological terms are often misinterpreted and mischaracterized–most often by opposing points of view– in order to fit a preferred political narrative. For those on the left, liberalism implies tolerance and empathy, while conservatism connotes bigotry and selfishness. For those on the right, liberalism infers intellectual naiveté and moral degeneracy, while conservatism assumes moral rectitude and informed reason. A clear understanding of political ideology can be useful; false stereotypes, much less so. We should unpackage these terms as they are used in the popular vernacular to understand just how unhelpful and misguided they have become.

The etymological root of liberal is liber, or free, as it pertains to individual human rights and freedoms. Merriam-Webster offers this definition: a political philosophy based on belief in progress, the essential goodness of the human race, and the autonomy (i.e, freedom) of the individual and standing for the protection of political and civil liberties. Liberalism shares the same root as liberty, and it would be difficult to find an American conservative who was not attuned to the universal idea of individual liberty.

Likewise, the root of conservative is conservare, meaning to preserve. Merriam-Webster offers the following definition of conservatism: a political philosophy based on tradition and social stability, stressing established institutions, and preferring gradual development to abrupt change. If one assumes the evolutionary perspective, it would be difficult to find a society, American liberal or otherwise, that did not seek to preserve certain time-worn traditions in the interests of stability and self-preservation. We should also note that conservatism shares the same word root as conservation, so nature weighs in on this meaning as well.

So where did we get the idea that these ideologies are opposed? Merriam-Webster is partly culpable by posing these ideologies as antonyms but, as I will argue, they should be mostly viewed as useful complements.

One should read Haidt’s book to understand the nuances of these moral matrices, but the major divergence between our conceptions of liberal and conservative seem to revolve around the moral values of care and fairness. Haidt argues that everyone cares about fairness, but there are two competing definitions: “On the left, fairness often implies equality, but on the right it means proportionality—people should be rewarded in proportion to what they contribute, even if that guarantees unequal outcomes.” Implicit in these interpretations is the idea that consequences follow actions, with the caveat that some consequences are rooted in contextual factors that are outside the individual’s control, such as educational opportunity. The take-away from Haidt’s studies is that these moral matrices are hardly set in concrete, and can be easily reconciled through a fuller understanding of the different ordering of priorities. They do not really divide us into red vs. blue.

The other dichotomy posed by our definitions of liberal and conservative is the implication that conservatives are intolerant and resistant to change while liberals seek to remove institutional barriers to change. Conservatives may be guilty of saying ‘don’t fix what ain’t broke,’ while liberals may be guilty of forcing change without due regard to the uncertainty inherent in change. But there is a way of reconciling these two approaches to inevitable change.

All societies embrace change to a certain degree; what matters is the pace of change. Change that is disruptive to social traditions naturally will be resisted by those it disrupts. This does not mean change will not occur—it merely means the pace must be managed prudently. Pushing change beyond the limits of social adaptation often leads to reactionary backlashes, causing undue conflict over the inevitable future, which is not always as inevitable as anticipated. Two prominent cases of political disruption today are Brexit and the singular phenomenon of Donald Trump.

In contrast, the gradual evolution of cultural mores is a good example of how change occurs within the limits of order and stability. Naturally there will be those in society who object to the too slow or too rapid pace of change depending on whether they are gaining or losing from that change. Democratic politics manages this when winners compensate losers, to help them adapt.

Finally, opinion polls and surveys suggest that many Americans do not define themselves as truly liberal or conservative. Among those that do, conservatives outnumber liberals by 35% to 26%, although the gap is closing. I would also guess that these poll numbers are biased by the partisan mischaracterization of both ideological labels.

If this is the case, how do we politically define or classify most American citizens? Perhaps we simply shouldn’t.

I would suggest that average non-political Americans are neither conservative nor liberal as strictly defined by those terms’ true ideological meanings. Elsewhere I have posed the idea that most of us, regardless of our politics, are both tolerant and traditional. I have called this dominant ideology, based on liberty and justice, tolerant traditionalism. We are willing to adapt to societal changes as best we can, embracing the good to come of it while appreciating the nostalgia roots of the past. Societies that evolve and endure by adapting to change have a proud past and an ever brighter future.