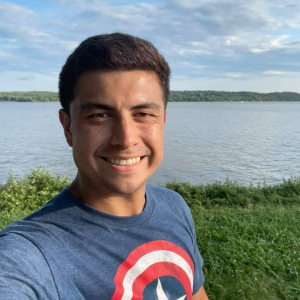 The Washington Post ran a story recently highlighting that, since the federal government shutdown began last month,  while the national parks have remained open but gone unstaffed and unpatrolled by NPS employees on furlough, there have been three accidental deaths in the National Park System. Shortly before Christmas, a young girl fell 700 feet to her death at Horseshoe Bend, in Glen Canyon National Recreation Area. On Christmas Day, a man fell while hiking up to the Nevada Fall waterfall in Yosemite National Park, and died of his injuries after rescue. A few days after Christmas, a tree fell on a woman in Great Smoky Mountains National Park during a violent windstorm, killing her.

The story gave me pause. I’ve been to all these spots; I see them clearly in my memory. Horseshoe Bend is a beautiful, terrifying lip of red rock, overlooking a hundreds-of-feet-high freefall into the Colorado River’s canyon. At the edge on a busy day, it’s not hard to feel like a buffalo being hunted by prehistoric Siouan Indians at their infamous buffalo jumps, and fear that if all the busloads of tourists around you moved too suddenly, someone might get pushed over. Evidently, the National Park Service is paranoid about that too, as there is railing under construction on the canyon rim; but it wasn’t ready in time to save that 14-year-old girl.

Yosemite’s waterfall canyons, like all waterfall canyons, are similarly beautiful and terrifying. My siblings and I were smaller when we hiked with mom and dad up the Merced River canyon, where one Mr. John Muir once pranced about and sang to the mountains. We didn’t even get all the way up to the Nevada Fall, ending our hike a bit downstream at the Vernal Fall. But the steep, slippery slopes just off the trail, and the dark, punchline-less jokes the experienced hikers along the way told us- “you ever hear about that guy who took a bath in that there pool right above Vernal Fall?”- were enough to scare us into doing exactly what Mom told us, and stay away from the edge.

The Great Smoky Mountains in western North Carolina and eastern Tennessee were different- not so grand as the glacier-swept and rock-palisaded valleys and canyons of the Mountain West, but still pretty nice and relatively secluded. And for East Coast forests, the trees were huge- huge enough that while we camped there one stormy night in the summer of 2012, and the violent winds howled and the heavy rains poured and the big trees near our tent swayed and creaked and lost branches and bark, we decided that prudence would counsel our packing up and leaving the following morning, before the storm got worse and dropped a tree on us.

It’s not like stuff like this doesn’t happen frequently. Park rangers interviewed in the WaPo piece noted that in normal times, when the parks are fully staffed, around six people die every week throughout the system’s 400-something properties. This is just due to the inherent dangers of outdoor recreation, the relative isolation from intensive care services the parks’ locations imply, and the logistical challenge of tens of thousands of park rangers protecting tens of millions of visitors all doing different things. So to some degree, it is a misleading conclusion to suggest that the unfortunate, accidental deaths of three Americans in three national parks over the course of a few days around Christmas while the parks were unstaffed due to a federal government shutdown, is “the fault” of President Trump, Democratic leaders in the House of Representatives, Republican leaders in the Senate, or the vast, moneyed, ideological organizations and networks fueling American political polarization in our time.

At the same time, impressions matter, and coincidences tend to give off harsher impressions.

We are living through a moment, in early 2019, of not unprecedented—but neither very familiar nor comfortable—questions over the nature, purpose, rules, and fate of American democracy and nationhood. The direct issue over which Congress and the President reached an impasse was funding or no funding for a wall to be built along the U.S.-Mexico border to physically block illegal immigration from Central America, not an idea without precedent in our history, but neither an idea with much of a history of American precedents.

And there are deeper, even less resolvable subtexts that make that issue even more intractable- the interplay of immigration, diversity, assimilation, and cultural continuity in the formation of American national identity; the contest for primacy over U.S. immigration policy between advocates of regular law and order, advocates of transnational human rights, advocates of international connectedness and efficiency in the flows of people and capital, and advocates of national solidarity; and a crisis of confidence and agreement among American cultural institutions themselves over what, exactly, an “American” is, and what the “American” thing to do might be.

These questions, especially the last one, point to deep-rooted and unresolved arguments and imperfect compromises across decades, even centuries, of American history. As Nick Gallagher fleshed out in detail a few years back, much of the same kind of social unrest, economic upheaval, and political radicalism we see now was well-known to Antebellum and Gilded Age American politicos wrestling with immigration questions in the 1850s and the 1910s. And they made some very similar analytic arguments, used similar posturing and rhetoric, and had similar thoughts about the political and historic stakes of this or that direction for the country on immigration policy and its attendant questions.

Immigration was, obviously, not the only intensely divisive socio-political issue of previous epochs in American history, nor is it the only one now. Questions of jobs, insurance, financial stability, and basic provision of services amidst a diverse economy being transformed, decade by decade, by the forces of technology and corporate organization, are at least as profound, if perhaps less inflammatory for identitarian reasons. Questions of rights, dignity, the division and distribution of power between different groups, either ideological or even racial and class-based, have if anything picked up greater power in the modern day. This has always caused gridlock; it is generally only by pragmatic, cross-cutting compromises, or the formation of partisan majorities large enough to disperse strong opinions across diverse coalitions, that American politicians have been able to address these questions, and never without costs.

But then, that’s what one expects of government- grubbiness, backroom dealing, imperfection, compromise, pragmatism, the rough and rugged can-do practicality of the American spirit applied to democratic institutions. When it breaks down, and worse, when it takes things thought to be in some ways beyond politics with it, things look more ominous than usual.

Again, it is disingenuous to “blame” President Trump or the Democratic House or the Republican Senate for the deaths of the three hikers in unstaffed National Parks this holiday season. It is not disingenuous to blame our political leaders for the shutdown, but upon further reflection, this shutdown- the second in the Trump Administration, and only the third in our hyper-polarized post-Great Recession politics- begins to look more and more like one example of a natural side-effect of the confluence of great, interminable conflicts, gone unmanaged by a political system generally too polarized and dysfunctional to look beyond its own sputtering-along and towards higher aims of governance. And even if the deaths of those deceased hikers is not in any way the direct fault of anyone in government, does it not paint a sorry juxtaposition, that our system of governance remains mired in decay while its citizens and taxpayers die on its property?

The National Parks have long been many things to many people- to some, a site of peaceful respite from the mechanized and weary rumblings of civilization; to others, a not-yet-lost oasis of adventure and ruggedness where the best in us can be brought out; but perhaps, in the imaginations of most, something like the informal “crown jewels” of the American people. The national parks are, like the monarchs of Great Britain after the reforms of the 18th and 19th centuries, extrapolitical symbols of the goodness and heritage of the nation itself, and not only artifacts, but real, living embodiments of the greatest qualities of the American spirit and experience. For them to be shuttered, or otherwise left unmanaged, due to the profane baseness of incompetent politicians, is a failure on the spiritual dimension of the American civil religion.

The National Parks, moreover, leave a kind of lingering mark on those who visit them, a kind of visceral connectedness to the American heritage, the American way of life, the American idea itself, an effect probably comparable to what European romantic nationalists were trying to inculcate in their own countrymen when they compiled the folklores and mythologies of the nations of Europe (but one tied to land and ideals, not blood and custom.) A pre-political identity, so it was thought, that could play a role in forming those who worked within the political system; a pre-political identity that could, in some ways, provide a source of organic unity for a great nation with a great purpose, even when its members disagreed on everything else.

My mom, a naturalized immigrant from the Philippines, fell in love with the landscape of her adopted country; my dad, an officer in the U.S. Navy, was re-stationed frequently to naval bases spread around the continental United States; my mom made sure we drove cross-country and visited scenic sites whenever we moved. By the time my family settled in Northern Virginia while I was in high school, my siblings and I had seen most of the famous national parks in the West and had been to, I’d estimate, between one-third and one-half of the National Parks themselves, and innumerable national monuments, national battlefields, and other sites administered by the National Park Service. It’s a privilege that, technically available to all Americans, and by the hard work of various civic groups, practically available to more and more Americans, I am particularly moved by from my own experiences.

And maybe, of all the ways we can work to muddle through our current crises, and work to bind up the nation’s wounds and consider our own human fallibility, and our fellow citizens’ and opponents’ own human dignity, one of the best ways to proceed could have nothing to do with oaths and pledges, hard-earned thoughts and hard-won compromises, or the cultivation of the habits of sober reflection and real empathy. Maybe, in addition to all these, a little walk in the woods in America’s National Parks could help remind us what we’re here for. A little walk amidst our crown jewels, to remember that no matter how real and crucial and profound our political conflicts are, there is an America beneath it all which is ours, together, to tend.