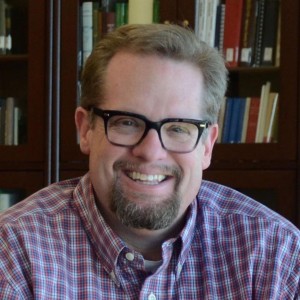 Editor’s Note: This is adapted from one of Mr. Baker’s Facebook statuses, reprinted here with his permission. Mr. Baker is a member of the board of Braver Angels.

My experience in social media has taught me that one of the most wrenching and painful things you can do is to try and get people to understand each other and extend charity rather than constantly promoting and cultivating the righteous rage that has become an addiction. If you follow that path, you will repeatedly be taken as too liberal, too conservative, too whatever it is that isn’t enough of what people want you to be, etc. But look—that’s who I am. It’s who I am going to be.

I am a Russell D. Moore fan who is simultaneously not going to join many “woke” parades among the more “enlightened” Baptists. I tend to err on the side of greater conservatism because of the disintegrating effect over time of the alternative.

I am a Donald Trump critic. Few Republicans were as disappointed as I was by his nomination. I said so in a large public gathering at the time. However, I am often repulsed by the continuing effort to bootstrap him into some kind of Hitler figure and will defend him from the charge. I will also give him credit where it is due.

In my run for Congress, I called for something close to an open border with Mexico. I have repeatedly pointed to a reasonable system (simple worker visas) that would accommodate our historically porous border and that would give almost no reason to cheat. However, I will not seek to call those who want stronger border security racists and xenophobes because I know there are valid reasons for a country to want to control its border. Unless there is clear evidence to the contrary, I will assume people have good rather than bad reasons.

I am a pro-lifer who doesn’t refer to abortion as murder because I care about the feelings (and crises) of the women who have had abortions. Nevertheless, I oppose abortion with every fiber of my being. But I will not portray those who favor abortion as some kind of monsters, even though I believe it to be a monstrous act. I know their motive is generally not evil even if I think the action is.

I am a believer in the universal brotherhood and sisterhood of men and women under the fatherhood of God who hates racism. I believe the Bible’s contention that human beings come from the same source and are therefore equal before God. However, I do not promote a race discourse that ostensibly would heal our wounds, but ends up just tearing us apart.

I am convinced human beings will likely never find a system that generates more prosperity and well-being than free markets. But I respect those who think socialism is a better path. It is an argument worth having and having between people who are all seeking the good of their fellow human beings. I do not assume people who lean socialist are lazy or diabolical, even though I believe socialist systems end in grief.

Most important, I believe that arguments should be conducted with a bias toward restoring peace and agreement at the end. That means you do not take the gloves fully off and you do not seek to destroy your opponent.