James Coan develops approaches to reduce U.S. political polarization at scale. He’s a strategy consultant for the energy industry, with interests in social psychology, mass communications, and politics. For Braver Angels, he is on the social media team and a member of the DC Alliance. He can be contacted at jcoan@braverangels.org.

America: Not a Melting Pot, Not a Salad Bowl, but a Chili Bowl 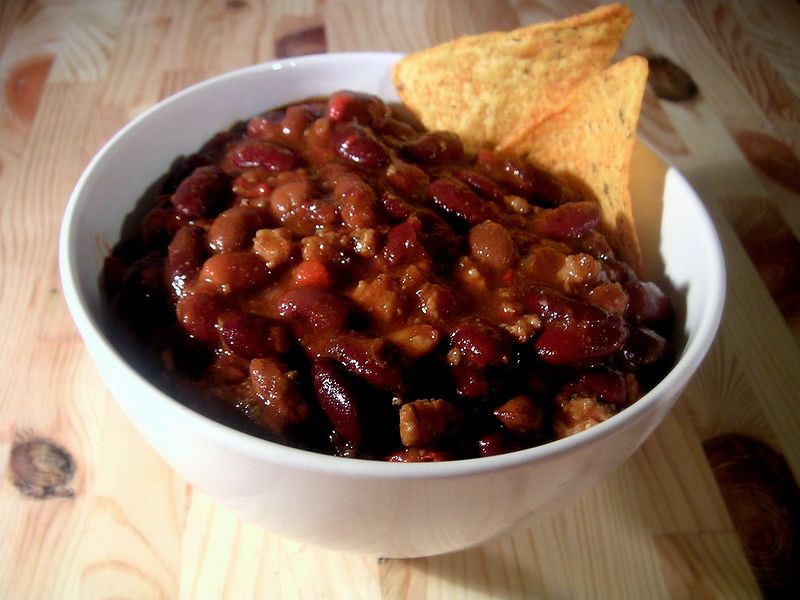 When working to illustrate what, precisely, Americans of diverse backgrounds have in common with each other, metaphors like the ‘melting pot’ and the ‘salad bowl’ have been used in the past. But neither is as apt and fitting as a dish arguably more delicious than either: the chili bowl.

A chili bowl metaphor encourages individuals and groups to become a full part of a whole American project, while allowing maintenance of unique identities and attributes. In contrast, a melting pot or a salad bowl encourages more extreme behaviors. A melting pot promotes erasure of any differences from the whole. Meanwhile, a salad bowl suggests that relatively close proximity to others is good enough, with little or no encouragement for having any kind of shared American identity.

The chili bowl metaphor is designed to speak simultaneously to a collective American identity, and smaller group and individual identities. Ideally, this metaphorical framing will lead people to envision a conception of their identities that fuses both American and more unique attributes. It offers the right balance between individuality and commonality—unique and identifiable ingredients, tied together with a single sauce. It more accurately reflects widely shared goals for America than other options, and it speaks to a wider range of Americans.

It deeply connects with many different American sub-cultures, from the cowboys who ate it on the Great Plains, to Hispanics who may serve it con queso, to African Americans who turned establishments like Ben’s Chili Bowl into cultural landmarks. It works with those who can only imagine it with beef, those who will only eat it vegan, and anybody in-between.

At a time of division in America, it is useful to find a shared national metaphor that speaks to most Americans. For America is an infinitely complex subject. The right metaphor can encapsulate key ideas quickly, and provides direction on ideals for individuals and groups. In a divided public, this could be really valuable.

Origins of The Melting Pot

While the term ‘melting pot’ had been in use to some extent since the 1780s, it truly became popular after the 1908 play The Melting Pot. The Melting Pot was a twist on Romeo and Juliet, set in New York and with a happy ending. An immigrant Jewish man named David and a Christian Russian immigrant woman named Vera fall in love. He breaks up with her when he realizes that her father directed the pogrom that led him to leave Russia. Their love transcends these past hatreds, and they reconcile. Once back together, David and Vera watch the sun set on the Statue of Liberty, and David has a vision of the country as a great melting pot—and a crucible forging a new American. As David says:

“Here shall they all unite to build the Republic of Man and the Kingdom of God. Ah, Vera, what is the glory of Rome and Jerusalem where all nations and races come to worship and look back, compared with the glory of America, where all races and nations come to labor and look forward!”

This paean to assimilation and America was written by Israel Zangwill, a British author whose parents had emigrated to Britain from the Russian Empire. Zangwill was a novelist, literary and social critic, translator, and playwright. Mapping today’s politics on the late 19th and early 20th centuries is difficult, but Zangwill potentially can be thought of as a heterodox liberal. He was a supporter of women’s suffrage, a partial pacifist, and a one-time leading Zionist who ultimately decided to promote a Jewish homeland wherever one could be found. He remained British his entire life, although he supported efforts to bring Jewish immigrants to America, and he traveled widely in America and spoke to American audiences.

The play became a hit in many cities, and President Teddy Roosevelt was its most prominent supporter. A romance, it fit with a romantic notion that all of the animosities of the old world could be overcome, and a singular American identity could literally be forged.

Not the Metaphor for Our Times

The turn of the 20th century was a time of rapid immigration to America. Almost three times as many immigrants came to America in the first decade of the 20th Century as came in the 1890s. Many of these immigrants came from other parts of Europe than existing residents, especially from southern and eastern Europe.

There was clear appeal of this melting pot metaphor to these immigrants. Many wanted to be viewed as fully American and just as American as anybody else. Most did not want to be seen as any kind of “other.” In many cases, the immigrants fled some combination of violence, discrimination, and poverty in their homelands, and many were happy to distance themselves from the “Old World” to gain a strong new identity as Americans.

The melting pot metaphor does allow immigrants to influence their new country, to some extent. Adding a new ingredient to a fondue or melting pot alters the contents of the whole. The immigrant can contribute to the country in ways seen as fully American. In this way, for instance, the immigrant’s frankfurter can become the all-American hot dog, or the immigrant songwriter can pen God Bless America.

Finally, the melting pot metaphor generally portrays immigrants in a constructive light, as their contributions add to a singular Americanness. However, someone opposed to immigration could potentially say that certain immigration could “taint” the whole.

Despite the generally positive aspects of the metaphor, it simply goes too far—especially to be widely accepted by our multicultural and multiracial American culture today. By definition, anything in a melting pot or crucible loses all uniqueness. It becomes a singular substance. The possibility of any identity besides “American” is essentially impossible.

For better or worse, we live at a time where identities besides mere “American”—race, ethnicity, gender, sexual orientation, etc.—are important in politics. It induces something akin to whiplash to suggest that all of these identities should be basically ignored and that only a singular Americanness matters. Thus, it is imperative to find a better national metaphor.

“Salad bowl” metaphors began more recently in the 1960s, and they more directly speak to ethnically diverse audiences. A salad bowl shows different ingredients in close proximity with one another. This metaphor emphasizes the importance of diversity.

However, there is nothing that obviously ties the salad together, no clear commonality other than the ingredients occupying the same space. Salad dressing could arguably serve as this collective sauce, but dressing is not the main substance of a salad—the greens are. It is an ingredient added to the whole, rather than the essence of the whole in itself.

Additionally, salads are typically more associated with urban areas and Democrats than rural areas and Republicans; it is thus culturally imbalanced precisely opposite to the way the melting-pot metaphor is imbalanced. The salad metaphor is both clunky and one-sided in its appeal.

The salad bowl addresses the main problem of the melting pot—the problem of homogeneity. But the salad bowl goes too far in the direction of diversity and overcompensates. It has no clear mechanism for showcasing anything united about America. Therefore, it is as imperfect, but in different ways, as the melting-pot metaphor.

America as a salad bowl becomes little more than its geographic borders and the groups occupying that geography. If the salad is “mixed,” at least the ingredients—and thus different groups and individuals—are near each other. However, there is no indication that they share much other than the same general location.

Fields such as social psychology and political science show the importance of different groups at least feeling as though they have cross-cutting identities, so they stay more cohesive. An important cross-cutting identity for the country is “American.” Yet the salad bowl provides almost no suggestion of any unifying or cross-cutting identity. Once again, geographical proximity is the main item tying the various groups together.

The Chili Bowl is the Right Metaphor

A chili bowl metaphor strikes the right balance of uniqueness and collective identity. There is both a collective sauce and unique ingredients. America is united, but different groups and individuals can still show their distinctiveness. The different ingredients and flavors of chili can mix together in many new ways.

Chili has a deep connection to many American subcultures across the political spectrum. It is associated with cowboys and rugged individualism that is often liked to conceptions of Red America. While its origins are debated, it likely began as a dish made by working-class Mexican women living in Texas, and some African-Americans have embraced chili at establishments such as Ben’s Chili Bowl—two constituencies that are now decidedly Blue politically.

Chili bowls works better than the old standby “melting pot,” or the more recent “salad bowl.” The former goes too far when trying to bring us together, effectively erasing individuality or any identity other than Americanness. Meanwhile, the latter “salad bowl” option does not go far enough to bring us together. In a salad bowl, we are a bunch of ingredients near each other but with limited actual connection.

At this point, the other national metaphor options only speak to a portion of Americans. The melting pot metaphor of nearly-complete assimilation likely resonates more with those who look fondly on a “traditional” view of a single American culture. Meanwhile, a salad bowl likely speaks to those who primarily emphasize diversity, and are more frequently found toward the political left.

A chili bowl speaks to both Reds and Blues, and it strikes the right balance between individuality and commonality. Let’s use the overly assimilationist melting pot to cook some chili instead. Then let’s repurpose the overly disconnected salad bowl to serve it.

America is a chili bowl. 2 thoughts on “America: Not a Melting Pot, Not a Salad Bowl, but a Chili Bowl”