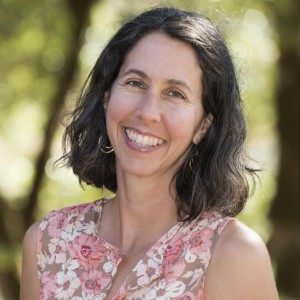 Dispatch: One Year After the Kavanaugh Hearings

A year ago today, Christine Blasey Ford went public with a sexual assault allegation against Supreme Court nominee Brett Kavanaugh. I can’t recall in my lifetime a controversy steeped in such bitter divisiveness. It felt like the nation underwent a collective root canal on a very raw nerve.

Whether one believed Ford or Kavanaugh was easy to predict along party lines, and I was no exception. I’m a progressive feminist who was already in a bad way by the time the Kavanaugh hearings took place. Watching what I saw as belligerent counterattack against Democratic Senators was, for me, the low point of a long season of despair.

For blue Blues, it was another infuriating example of impunity for a powerful white man protected by powerful white men. For Reds, as I understand it, Kavanaugh was the victim of a partisan smear campaign facilitated by the liberal media leveraging #metoo furor. They saw the media displaying extreme bias against Kavanaugh, presuming him guilty and putting the onus on him to prove his innocence. Some felt that, even if the allegations were true, that Kavanaugh shouldn’t be denied a seat on the high court based on bad teenage behavior.

Who was right? I wouldn’t dream of relitigating that here until we’ve all had at least a decade to cool off. What I want to revisit instead is polarization. Public opinion survey data tell an interesting story.

Independents’ opinions were relatively stable, dropping only a small amount (to 43% support for Kavanaugh) after hearing testimony about Ford’s allegations. And while there was a significant gender disparity, it was nowhere near as extreme as the partisan gap.

This data reflects either confirmation bias or the biggest coincidence of all time. Reds and Blues watched the Kavanaugh hearings through partisan lenses.

There are couple of reasons this could have happened: There were probably undecided Republicans who hadn’t been following the nomination until Ford’s accusations turned it into the top news story, at which point they tuned in and took a position. There were also probably those who had been following the nomination and felt ambivalent until they perceived Kavanaugh to be under attack, at which point their partisan loyalty kicked into high gear.

There’s little doubt confirmation bias was exacerbated by polarized media spin. If we were already predisposed to believe Ford or Kavanaugh and everything we read and watched leaned into a one-sided narrative that filtered out inconvenient facts and contradictions, then it’s little wonder we dug our heels into our respective trenches. And to the extent that Reds perceived mainstream media as having it in for Kavanaugh, they did what humans always do when they feel their tribe is under attack—defend.

I personally believed Ford quite strongly. If I had a say, I’d have wanted the FBI to conduct a much more thorough investigation that included interviews of Kavanaugh’s college roommate and classmates with knowledge of Deborah Ramirez’s allegations. At the same time, unless I was a fly on the wall of that suburban Maryland bedroom, I can’t have one hundred percent certainty. I believe it’s possible for a reasonable mind to have disbelieved Ford—an alien from another planet who dropped in to render a verdict free from confirmation bias. What’s tragic is that the partisan quality of the affair precludes us from ever reaching a consensus about what happened.

Now that new allegations and evidence of Kavanaugh’s behavior at Yale have surfaced, a fair and just resolution will be more likely if we remove our partisan lenses.

4 thoughts on “Dispatch: One Year After the Kavanaugh Hearings”