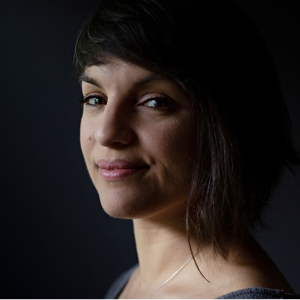 Colleague of the Week: Makayla Higgs Makayla Higgs didn’t know if she was red or blue when she saw the call for Braver Angels interns following the November election. She just knew the political battles with her family had gone far enough. “I saw Braver Angels and the mission and how they cared about everybody’s voice, and I was like, wow, this would be such a great opportunity to learn these types of skills,” she said.

Makayla, a 20-year-old rising senior at the University of Minnesota, Twin Cities, kicked off her internship with the Braver Angels Debate Team during a critical leadership transition for the country in January. After weeks of deep dives into red perspectives in the news, she was surprised by the thoughtfulness she heard from blues at the debates.

“So I was like, maybe despite wanting to be more red, maybe I’m not red or blue, because although both sides might have their shortcomings, they sometimes have good things to offer,” she said.

That’s when she realized just how much she believed in Braver Angels—and how much the rest of the country needed to hear its mission. Hopping over to assist the Braver Angels Media Team, as well as CTO Andrew Stillman, she put her skills in tech, visuals, and social media to work, crafting content for social and being an invaluable partner on several daily projects.

The moments she enjoyed most came in conversations with Braver Angels colleagues, where politics could be handled with respect, understanding, and even a touch of humor.

“Getting to know a person first is really helpful, because you can actually build trust with that person to even talk about politics,” she said.

After completing her internship this month, Makayla is joining AmeriCorps and the Minnesota Alliance with Youth as a youth mentor this summer, all while staying in touch with her local Minnesota alliance… and recommending a Braver Angels internship to anyone who asks.