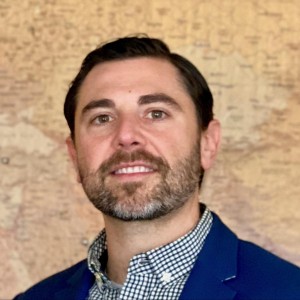 Randy Lioz is the director of Braver Angels California, leader of BA's Online Experience group, and a regular moderator of red-blue and skills workshops, having formerly spent his career in the auto industry. Randy lives in Irvine, CA, and spends much of his time in front of a soccer goal or beside a friendly mutt. His column is published regularly at BA Media.

The Democratic Debates: A Blue Take

The full lineups of the two Democratic debates, both from Wednesday (top) and Thursday (bottom). (Doug Mills for the New York Times)

The Democratic party’s debate schedule kicked off last week, and it gave the overinflated field its first test of whether the positions of these candidates would appeal to a mainstream, prime-time audience. And it gave some of the small-time candidates a chance to shout their messages from the rooftops in hopes that, even if they’re long-shots for actual election victory, their pet causes might rise in profile and be a bigger part of the overall conversation.

There are a couple of more or less single-issue candidates, like Andrew Yang—with his call for a “Freedom Dividend” of $1,000 per month for every adult American—or the climate-change-focused Jay Inslee. But Marianne Williamson, who many Democrats have difficulty taking seriously, may have one of the most interesting messages in the context of our work at Braver Angels, when she calls on the power of love to defeat the divisiveness of our current politics, particularly in the context of the Trump administration.

The field is so full of hopefuls to oust President Donald Trump that it had to be broken into two nights. The schedule was constructed using a few important thresholds, such as needing 1% in certain polling measures, or 65,000 unique donors for the more grassroots candidates, in order to even get on the stage.

The latter measure was a nod to the changing nature of the Democratic party, whose candidates increasingly rely on a more diffuse donor base enabled by internet fundraising, rather than on the traditional wealthy influencers and political action committees that have dominated campaign funding in recent decades.

To split the nights into theoretically equally compelling competitions, the party relied on a 2% divider, with half the leading candidates above that mark being allocated to each night. While the Wednesday night grouping was seen by some observers as the “undercard” due to Elizabeth Warren standing alone as that night’s marquee name—versus both Bernie Sanders and Joe Biden being included on Thursday’s stage—the excitement was fairly well-spread between the two nights.

In choosing to be fairly inclusive in its approach to these debates, the Democratic National Committee opted for a potentially rowdy bunch, with lower-tier candidates jockeying for time against the headliners. What we got, though, was a mostly civil affair, punctuated by a few illustrative moments where candidates tried to draw forth their differences without seeming too much on the attack.

The first of these exchanges came between two Texas rivals, Julian Castro and Beto O’Rourke, on the subject of immigration. It’s one of the most divisive subjects between reds and blues, and even on the left there’s some disagreement about the policies that will move us forward on this issue. The aspect of the debate that was highlighted was, in my experience, one of the most often misunderstood: actual immigration law.

The regulations are complicated, and in particular they deal with different types of illegal immigrants differently. Most unlawful residents of this country are purely overstaying their visas, which could result in a civil penalty. But the immigrants featured in daily headlines and our national conversation are the desperate ones, particularly from the Northern Triangle of Central America that abuts Mexico’s southern border, where homicide rates are stratospheric.

Castro made it a point to insist that Democrats should fight to scrap the provision that makes these people criminals. Whether one insists that it’s intentional or not, this aspect of the law—like drug laws with stiffer sentencing for cheaper drugs—impact poorer and more vulnerable people much more harshly. And this law also makes it possible, and some might say necessary, to split up families at the border. After all, if a citizen commits a jailable offense, we would separate them from their kids all the same.

O’Rourke’s response is to emphasize the impact that changing this law might have on human trafficking, which is indeed a major issue. But it’s one that is manageable in other ways that don’t result in the large-scale family separation we’ve witnessed at the border.

This civil-criminal distinction doesn’t often get the most play in our collective conversation about immigration, and I, for one, am grateful to both Castro and the debate moderators for highlighting it.

Castro further pressed the immigration issue when it came to what he called metering. Asylum seekers are often turned away at ports of entry because CBP limits the number of people who are allowed to wait in line. It’s a policy that started under President Obama, but has become worse as the humanitarian crisis in Central America has escalated, and as the system to process these people has been starved of resources, including officers and courts to determine whether they can make legitimate asylum claims.

The issue came to the fore when Oscar Martinez and his daughter Valeria drowned trying to cross a river in their desperation to escape the makeshift border villages that metering has created. The Trump Administration has also grown increasingly restrictive in its handling of asylum cases, not allowing those fleeing gang violence to claim protected status. So the odds were stacked against the Martinezes from the start.

It highlights what many on both sides see as a crisis at our southern border, but we clearly can’t agree on the nature of that crisis. Many reds see it in a similar way to President Trump, who characterizes the flow to the border as an “invasion.” And indeed there’s been a sharp uptick in border apprehensions since 2017.

But blues see it very differently, emphasizing that 2017 saw the lowest rate of arrests since 1971, and 2018’s 400,000 apprehensions was less than a quarter of the number from 2000. In Democrats’ eyes, the crisis is one of this administration’s making, and they insist that the deterrent measures have been needlessly cruel. It’s perhaps like trying to stop the flow of water from a balloon by squeezing it harder.

Most of the figures on the debate stage aligned with Castro on these issues. While a few of the candidates, like O’Rourke and Cory Booker did their best to appeal—somewhat clumsily—to the Democratic constituency of Spanish speakers with their own messages in that language, in the end, he got much of the breakout cred for the first night.

The second debate night was a bit more highly anticipated, given the Biden-Bernie pairing. And the former Vice President was certainly the target of some attacks, particularly regarding what some blues see as his inability to keep touch with a changing Democratic party base. There were several calls, particularly on the part of 39-year-old Congressman Eric Swalwell, for Biden to “pass the torch” to the next generation, and I’m certainly inclined to this impulse given the Veep’s repeated self-inflicted wounds and his reported unwillingness to learn from his advisors, particularly on debate prep.

Kamala Harris seemed to land the most damaging blow, with her personal story of having benefitted from federal busing laws that helped integrate schools, and criticizing Biden for having opposed this. Rather than consider a change to his position, Biden dug in, standing by his resistance to federal laws for this purpose, and in the process seeming to miss the point that the federal government has often had to step in and be more aggressive on civil rights protections when the states would not.

Indeed, Biden seems to have taken a hit since the debate, down 10 points as Harris and Warren have risen 9 and 8 respectively, according to a CNN poll.

One of the more fascinating aspects of this second night for me, though, were some attempts among the lesser-known candidates to inject some legitimate empathy into the contest.

While Bernie Sanders was busy calling Trump a phony, a liar and a racist, and Biden mentioned the president often as an example of what not to be, others were more interested in talking about why Trump had risen to the top in the first place.

It started with Andrew Yang talking about all of the jobs that have been automated away from our economy, when talking about the justification for his “Freedom Dividend”—otherwise known as Universal Basic Income.

“It’s why Donald Trump is our president today,” he said. And in his closing statement Yang pressed the case, by talking about building a broad coalition to address the issues that led to many Americans feeling desperate in 2016, a desperation that saw Trump as the radical prescription. “It is not left, it is not right, it is forward, and that is where I’ll take the country in 2020.”

It had echoes of Obama’s 2004 convention speech asking us not to divide into “a liberal America and a conservative America,” and while Yang’s candidacy is seen by many as a vanity play, I at least appreciate the sentiment.

There’s another vanity candidate for whom the message of empathy is completely central, though. Marianne Williamson won’t be president, that seems pretty certain. But I did like a lot of what she had to say. She certainly had some awkward points, like when she criticized the rest of the field on health care for trying to defeat Trump with “all these plans.” But it was in service of her larger point about going deeper on issues to get to the root causes of people’s anguish.

On immigration, she managed to encapsulate the Democratic perspective with more soul, when she declared that “a basic principle of America’s moral core” is that “we open our hearts to the stranger.” It was a poignant refutation of the tribalism that seems to have taken hold, that helps to divide us with fear.

She further expanded on this theme of fear with her closing statement. Addressing the president directly she said, “You have harnessed fear for political purposes, and only love can cast that out… I’m going to harness love for political purposes. I will meet you on that field, and sir, love will win.”

It was a line that garnered hesitant applause at first—given her quirky status and different debate style—but gave way to a growing swell as the audience took in the line. It speaks to Williamson’s core message, not just in the campaign, but in life, which has focused around lecturing on “spiritual psychotherapy.”

While I doubt whether Williamson would even make for a good president, her message should resonate strongly with those who believe that love is the answer to the fear that has divided us in our current political arena.

While Braver Angels has taken heat from both sides for its focus on “love politics,” and the idea isn’t something I would argue one could center an entire (successful) presidential campaign around, making an effort to embody the perspectives of those you see as your enemy can be quite helpful. Not just for decreasing your own internal polarization, but also for understanding how to speak to them more effectively.

There will no doubt be several candidates who drop out before the next debate, but in the contest of ideas that forms the ideal for how a massive field like this gets winnowed, it would be wonderful for the frontrunners to incorporate some of the passion of the underdogs, so the ultimate Democratic nominee might speak more effectively not just to the left, but to Americans from all over the political spectrum.